“I know that there is a reason for everything. Perhaps at the moment that an event occurs we have neither the insight nor the foresight to comprehend the reason, but with time and patience it will come to light.

So it was with Catherine. I first met her in 1980 when she was twenty-seven years old. She had come to my office seeking help for her anxiety, panic attacks, and phobias. Although these symptoms had been with her since childhood, in the recent past they had become much worse. Every day she found herself more emotionally paralyzed and less able to function. She was terrified and understandably depressed.

In contrast to the chaos that was going on in her life at that time, my life was flowing smoothly. I had a good stable marriage, two young children, and a flourishing career.

From the beginning, my life seemed always to have been on a straight course. I had grown up in a loving home. Academic success had come easily, and by my sophomore year in college I had made the decision to become a psychiatrist.

I was graduated Phi Beta Kappa, magna cum laude, from Columbia University in New York in 1966. I then went to the Yale University School of Medicine and received my M.D. degree in 1970. Following an internship at the New York University-Bellevue Medical Center, I returned to Yale to complete my residency in psychiatry. Upon completion, I accepted a faculty position at the University of Pittsburgh. Two years later, I joined the faculty of the University of Miami, heading the psychopharmacology division. There I achieved national recognition in the fields of biological psychiatry and substance abuse. After four years at the university, I was promoted to the rank of Associate Professor of Psychiatry at the medical school, and I was appointed Chief of Psychiatry at a large university-affiliated hospital in Miami. By that time, I had already published thirty-seven scientific papers and book chapters in my field.

Years of disciplined study had trained my mind to think as a scientist and physician, molding me along the narrow paths of conservatism in my profession. I distrusted anything that could not be proved by traditional scientific methods. I was aware of some of the studies in parapsychology that were being conducted at major universities across the country, but they did not hold my attention. It al l seemed too farfetched to me.

Then I met Catherine. For eighteen months I used conventional methods of therapy to help her overcome her symptoms. When nothing seemed to work, I tried hypnosis. In a series of trance states, Catherine recalled “past-life” memories that proved to be the causative factors of her symptoms. She also was able to act as a conduit for information from highly evolved “spirit entities,” and through them she revealed many of the secrets of life and of death. In just a few short months, her symptoms disappeared, and she resumed her life, happier and more at peace than ever before.

Nothing in my background had prepared me for this. I was absolutely amazed when these events unfolded.

I do not have a scientific explanation for what happened. There is far too much about the human mind that is beyond our comprehension. Perhaps, under hypnosis, Catherine was able to focus in on the part of her subconscious mind that stored actual past-life memories, or perhaps she had tapped into what the psychoanalyst Carl Jung termed the collective unconscious, the energy source that surrounds us and contains the memories of the entire human race.

Scientists are beginning to seek these answers. We, as a society, have much to gain from research into the mysteries of the mind, the soul, the continuation of life after death, and the influence of our past-life experiences on our present behavior. Obviously, the ramifications are limitless, particularly in the fields of medicine, psychiatry, theology, and philosophy.

However, scientifically rigorous research in this area is in its infancy. Strides are being made to uncover this information, but the process is slow and is met with much resistance by scientists and lay people alike.

Throughout history, humankind has been resistant to change and to the acceptance of new ideas. Historical lore is replete with examples. When Galileo discovered the moons of Jupiter, the astronomers of that time refused to accept or even to look at these satellites because the existence of these moons conflicted with their accepted beliefs. So it is now with psychiatrists and other therapists, who refuse to examine and evaluate the considerable evidence being gathered about survival after bodily death and about past-life memories. Their eyes stay tightly shut.

This book is my small contribution to the ongoing research in the field of parapsychology, especially the branch dealing with our experiences before birth and after death. Every word that you will be reading is true. I have added nothing, and I have deleted only those parts that were repetitious. I have slightly changed Catherine’s identity to ensure confidentiality.

It took me four years to write about what happened, four years to garner the courage to take the professional risk of revealing this unorthodox information.

Suddenly one night while I was taking a shower, I felt compelled to put this experience down on paper. I had a strong feeling that the time was right, that I should not withhold the information any longer. The lessons I had learned were meant to be shared with others, not to be kept private. The knowledge had come through Catherine and now had to come through me. I knew that no possible consequence I might face could prove to be as devastating as not sharing the knowledge I had gained about immortality and the true meaning of life.

I rushed out of the shower and sat down at my desk with the stack of audio tapes I had made during my sessions with Catherine. In the wee hours of the morning, I thought  of my old Hungarian grandfather who had died while I was still a teenager. Whenever I would tell him that I was afraid to take a risk, he would lovingly encourage me by repeating his favorite English expression “Vat the hell,” he would say, “vat the hell.””

Brian L. Weiss, Many Lives Many Masters. The True Storie of a prominent psychiatrist, his young patient and the past-life therapie that changed both of their lives, Piatkus Books 2008 (1988), pp.9-12. 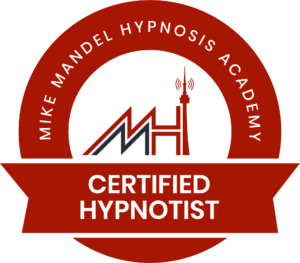